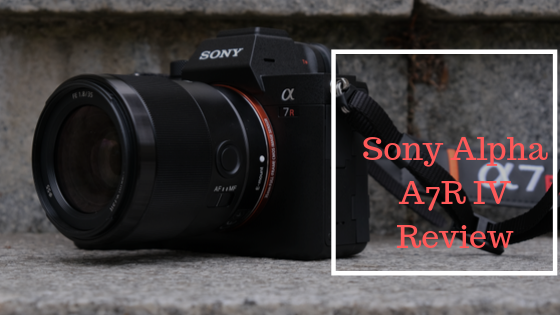 What is the Sony Alpha A7R IV?

The A7R IV is a unique camera – one that appears to be just as comfortable out in the wild, shooting action and wildlife, as it does in the studio taking 61-megapixel product photos.

In the past, combining billboard-friendly resolution with large sensors has produced still life cameras that were about as portable (and versatile) as a bowling ball. But a new breed of mirrorless mavericks are now crossing studio performance with all-rounder skills – and they’re being led by the new Sony A7R IV.

Right now, the A7R IV is a one-of-a-kind camera. It’s the world’s first 61.1-megapixel full-frame, but it’s also (like its predecessors) surprisingly small and capable of 10fps burst shooting, which gives it a freakish, Jonah Lomu-esque combination of power and speed.

This kind of performance ably backed up by Sony’s class-leading autofocus system, makes the A7R IV a fearsome challenger to the likes of Fujifilm’s GFX 50S, which has an even bigger Medium Format-sized sensor. It also makes it a potentially very appealing all-in-one camera for everyone from product photographers to landscape shooters and even wildlife fans.

The A7R IV is a remarkably small camera. It’s ever so slightly larger in all directions than its predecessor. The A7R IV weighs 665 grams (1.46 pounds), a scant raise over the last model. That’s quite the same weight as Nikon Z7, but it’s a lot lighter than Panasonic’s behemoth 2.2-pound Lumix S1R.

In any case, Sony used the extra grams as well. The A7R IV has a bigger grip than the A7R III, and it’s better contoured to fit your hand. It actually gave me a firmer hold on the camera, especially when I used Sony’s heavy 70-200 mm f/2.8 telephoto lens.

The only matter is that if you’re using a big lens, there still isn’t a lot of room for your fingers between the lens and the grip — especially if you’re wearing gloves. That’s a trade-off that Sony made by choosing a relatively compact body.

The layout is about the same as before. That suits me just fine as the power switch and dials are in just the right spots. However, Sony created subtle improvements by adding a locking button for the exposure compensation dial, making the joystick more grippy, and tightening up the power switch. Overall, it’s one of the easiest cameras to shoot with — apart from one issue that I’ll deal with shortly.

Perhaps the only two disappointments with the A7R IV’s design are the lack of screen articulation (it’s still just tilted upwards by 107 degrees, and down by 41 degrees) and its labyrinthine menu system. If you want to change any settings that aren’t in the quick menu, then prepare to leaf your way through pages of obscurely named settings, or prod at boxes that are strangely not touch-enabled.

What’s really impressive about the A7R IV isn’t that it’s got a 61-megapixel full-frame sensor – it’s that it manages to combine that with the speed and autofocus powers of a 24.2-megapixel all-rounder like the A7 III. In this sense, it’s really billing itself as a no-compromise camera (aside from your somewhat compromised bank balance, of course). Read more about the Sony RX100 VII Review.

But first, there’s the obvious question – why would you need a full-frame camera that can take 61-megapixel photos? Well, the idea is that if you’re someone who likes to dabble in (or earn a living from) product photography, studio portraits, landscape shooting, or architectural shots, then the resolution is there to help you get the extreme levels of detail that those styles demand. It also gives you the flexibility to crop into images and still get the resolution you need to produce big prints.

Thanks to the A7R IV’s size and speed, though, it can also double as a powerful camera for other situations like sports and wildlife photography, in which high-resolution cameras have traditionally been too slow and unwieldy to pull off.

Even in ‘Super 35mm’ mode, which effectively crops the field of view to that of an APS-C camera, it takes 26-megapixel photos and gives you 325 AF points covering 99% of the frame. You also get 10fps burst shooting for up to 68 photos in full-frame (or 200 shots in APS-C mode), which is very impressive considering the amount of data it’s shifting.

In many ways, then, the A7R IV is like a full-frame camera that contains a cutting edge APS-C camera. It has a lengthy roll call of other features too. Perhaps the most impressive is its autofocus – until now, real-time AF tracking has been limited to Sony’s A6400 and A9, but now it’s in the A7R IV too.

There were times after I found myself happy in awe of what this camera might do. you’d not expect a 61-megapixel camera to be quick, however, the A7R IV extremely delivers ten independent agency speeds with continuous AF and motor vehicle exposure, even once shooting compressed RAW and fine JPEG pictures.

If you choose to shoot uncompressed RAW, it slows down a small amount to 7-8 independent agency, however that is still AN astonishing speed considering the image sizes.

With quick UHS-II cards, I might shoot at those speeds for an astonishingly very long time. that is due to a buffer that may handle sixty-eight compressed or thirty uncompressed RAW pictures -concerning three.6GB value of files — in an exceedingly single burst. However, the buffer took quite whereas to clear, generally overrun thirty seconds. you’ll review pictures throughout that break, however several settings, like full-frame/APS-C shift square measure out of stock.

If that will not cut it, a flick of a menu setting transforms the A7R IV into a 26-megapixel APS-C camera with a one.5X crop issue. in this mode, I might capture ten independent agency bursts for much longer (three times to be exact), creating a lot of help as AN action camera. The crop mode conjointly brings you nearer to your subject, turning a 200mm lens into a 300mm lens. To high it off, the resolution is one more bonus for things like life photography as you’ll crop in an exceeding ton whereas holding detail.

That speed is useless while not an honest optical device system, and that is wherever Sony is thus far before everybody else. The A7R IV currently has 567 phase-detect and 425 distinctions find AF points, compared to 425 phase-detect points on the A7R III.

All that technical school helped ME to stay fast-moving things focussed whereas shooting ten independent agency bursts. If I have unbroken the chase dot on the topic, I seldom got AN out of focus shot. With those smarts and nearly no lag, the camera usually had ME fighting to stay up.

Luckily Sony contains a cheat for that with its non-natural AI-powered Eye AF system for folks and animals. once enabled, it will track your subject’s eyes although they are comparatively far and switch to face chase once it cannot. If your subject moves out of frame or turns around, it will keep barred on their head or body and switch back to the nighest eye as shortly because it will.

It worked in most circumstances on behalf of me, even with busy eventualities like horse jumping. With Eye AF turned on, I used to be ready to capture sequences of jumps exploiting Sony’s 70-200mm f/2.8 zoom lens with none worry concerning focus.

Unlike earlier versions of Eye AF, it seldom lost track of its subject and was tons a lot responsive. It wasn’t quite nearly as good with the horse’s eyes, particularly if that they had shaggy fringes. a similar applied to furred terrier-type dogs.

The A7R IV isn’t a sports or life shooter, however, the additional resolution allows you to shoot a small amount wider than you otherwise would possibly, then crop in to induce the best framing. I might even see some photographers being tempted removed from a lot of expensive action- and sports-oriented A9 II.

If you are into video, you most likely ought to get the A7 III or A7S II rather than this camera. Still, as additional proof of its skillfulness, the A7R IV will do this duty practically, too, if you wish it. It will handle 4K at up to thirty independent agencies or full HD at a hundred and twenty independent agency, therefore whereas it isn’t quite up to Panasonic’s video-centric cameras in this regard, it isn’t shabby for a high-res shooter.

To maximize depth of field and low-light capability, you’ll shoot at full-frame with some line skipping, tho’ you will get some aliasing and moire. If you are okay with a crop, it will downsample the whole APS-C space of the sensing element to a tender 4K with no artifacts.

I found the 4K cropped video to be very sharp, and aliasing was solely noticeable in full-frame on shots with variant fine detail. like photos, I found colors to be correct and pleasing, particularly with human subjects. Shooting with S-Log3 or S-Log2 gave the American state additional choices in grading if I wished additional management over the planning. Sony has improved the rolling shutter “jello” issue, however, it’s still pretty noticeable in full-frame mode.

With the new digital audio interface and S-Log color profiles, the A7R IV would really be fine for the odd skilled video job. In some ways in which, it’s additionally capable of that than the A9 II, which lacks the S-Log feature. I suppose that Sony sees the A7R IV as an additional creative camera for folk WHO dabble in each photography and video.

There’s no doubt that the Sony A7R IV is shaping up to be the most powerful all-around mirrorless camera you can buy, alongside the Sony A9. But is it likely to be the best? That depends on how much you’re likely to need that 61-megapixel resolution.

What’s really impressive about the A7R IV is what an incredible all-rounder it is despite that huge resolution. Unlike other high-resolution cameras, it’s relatively small, capable of shooting action at 10fps, and has the best autofocus system around. But despite the option of it’s Super 35mm’ APS-C mode, it’s still likely to be too much camera for most people.

Unless you’re a commercial photographer who makes huge prints or needs the flexibility of cropping studio shots, it’s unlikely that you’ll see a vast difference in detail from the 42-megapixel A7R III. In some ways, what’s potentially most exciting about the A7R IV is seeing how much more affordable the A7R III will become, and how features like real-time AF tracking will filter down to the long-rumored Sony A7000.

If you are someone who craves or makes a living from, high-resolution photography, then the Sony A7R IV might just be the only camera you’ll need – both in and out of the studio. We’ll give you our final verdict on whether or not that’s the case in our full review soon.